The teaching of French at the University of Nairobi begun in the 1960s when the University still operated as a constituent college of the University of East Africa. Engaged  in the Kenyanisation/Africanisation process of those independence years of the 60s, the then newly created Department of Literature took the initiative of introducing the teaching and learning of the French language for the purpose of gaining access to the huge body of African literature in French. This initiative soon lead to the creation of the Sub-Department of French that quickly blossomed into an academically fully independent unit offering courses not only in the various varieties of everyday French language and all literatures in French but also French as used in professional contexts such as diplomacy, tourism, business and others, the cultures and civilizations the whole of the French-Speaking world, linguistics of the French language and initiation into professional translation and interpretation from French and research in allFrench language related areas.  This widening of her horizons enabled the Sub-Department to service lecture for other sections of the University of Nairobi such as the Department of History that is host to the Tourism program, the School of Education and the Institute of Diplomacy and International Relations.

21st century is full of surprises, both cultural and technology. The surprises are both local and global. The… 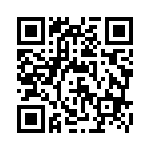 © University of Nairobi 2019.  All rights Reserved.